Things in Ditches by Jimmy Olsen 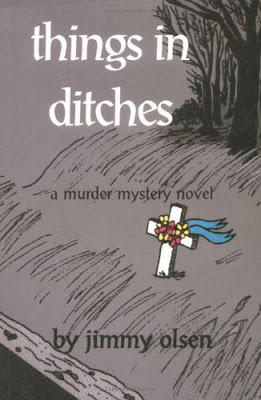 Description
"A murder mystery novel. The story of Phillip "Dutch" Cleland, a man with a hidden past and a future about to explode in his face. A seemingly average man whose love for two women drives him to such extremes that deception, even murder and suicide are not longer unthinkable.
When a lovely corpse is discovered near Dutch's home town, the nearby ditches begin to yield a harvest of secrets, none of them comforting for Dutch. Soon he is forced to flee for his life, before his past and the police slip a noose around his neck. Things In Ditches is peopled with small town characters that are so humorous and eccentric, their oddball antics enliven every paragraph and page. A reader can't help but be reeled in by the strange citizens of Willow River, until soon discovering they're really not so different from all of us and Dutch's story is the oldest story on earth; good and evil, betrayal and laughter. And finally, the power of love and friendship, forging one man's determination to overcome all odds, even death."

Lots of things can be found in ditches...bottles, cans, keys.. oh and then there is Vicky. Vicky was found dead in a ditch near the beginning of the story, but before we even get that far we meet her murderer. So why is this described as a murder mystery you ask? We have the body we have the murderer, case closed right? Wrong. Revealed through flashbacks we are told a highly entertaining and sometimes funny tale of just how and why Vicky's life ended naked in a ditch though that was not the end of her travels since she did take a detour on the way to the morgue...
Meanwhile her murderer struggles with thoughts of suicide before deciding to go on the run. I don't want to give away too much, but expect some plot twists even though you may not see them coming.
I received a complimentary copy for review.
Posted by Well Worth A Read at 11:20 AM No comments:

The Granny - By Brendan O'Carroll 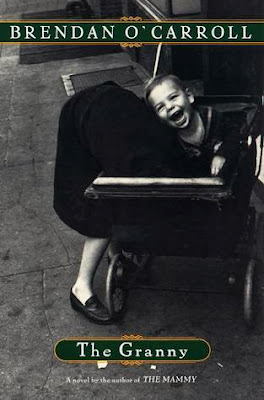 The New York Times Book Review praised Brendan O'Carroll's first novel, The Mammy, as "Cheerful...as unpretentious and satisfying as a home-cooked meal...with a delicious dessert of an ending." With the forthcoming second book in the trilogy, The Chisellers, and a movie about The Mammy (entitled Agnes Browne) on the horizon, the world is discovering O'Carroll's uniquely Irish blend of warmth and grittiness, comedy and pathos, as he elevates the lives of ordinary working-class Dublin people--and one extraordinary family--into tales that are small in size but epic in emotion. With the final installment, The Granny, our comedic and lovable heroine, Agnes Browne, has a French lover, six children in their twenties--including one in prison--and a wee grandchild of her own. But the world is spinning fast for Agnes--especially considering that her lover wants her to become "a sexual animal" and that her family's far-flung fortune is beyond her control. The members of the Browne family split up to make it in the world on their own until a tragedy brings the brood back together again--and love keeps them that way forever.


I put off reading this for quite a while. Only because I didn't feel ready to say goodbye. The final book in the Agnes Browne series, The Granny finds Agnes in middle age, her children grown and flown the nest. It is both lighthearted and bitter sweet as are the previous books. Sprinkled generously with humor through out. All good things must come to an end but I miss you already Agnes Browne.
Posted by Well Worth A Read at 5:54 AM No comments:

The Devil You Know by Adrian Lilly 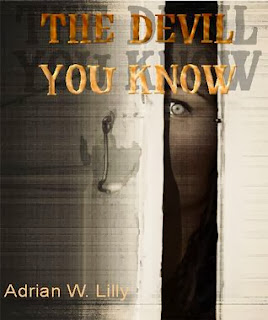 The Devil You Know is most definitely a story about Julie. You will not be allowed to forget this. The author goes to great pains to make sure you remember her name. In fact her name appears a full 1,746 times in the book. Julie raised, Julie saw, Julie pushed, Julie heaved, Julie felt, Julie refused, Julie Julie Julie! No I did not count them. By the time I was 10% through the book I was put off by the number of sentences that begin with the word Julie, and typed it into the kindle's "search this document" feature. While I did enjoy the story itself it was a bit distracting that so many sentences began with Julie. I felt that it dragged on longer than it needed to It also may be better suited to the young adult section. I received a free copy for review.
Posted by Well Worth A Read at 10:41 AM 2 comments: